4 Reasons We Are Failing Our Two-Year Transfer Student Leaders 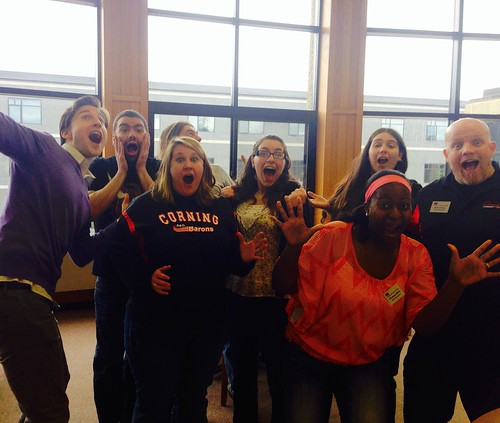 I was part of a highly involved group of student leaders at my two-year institution. We were all involved in multiple organizations which led to a lot of late nights, early mornings and weekend hangout work sessions. Through our time together, we built extremely strong friendships…one of which is actually my wife now :-). We were a tight knit group of lifelong friends who loved college.

But then we graduated and transferred to several different four-year schools around the country. And something happened…

I remember realizing something wasn’t right when we had our first post transfer reunion dinner over a holiday break. The statements about our experiences at our various four-year institutions were neutral at best, while most had a negative sentiment. My group of super engaged leaders were struggling to get engaged at their four-year schools. More importantly, they were struggling to enjoy college like they did at our two-year. While most of my friends dealt with the transition in stride, a few were showing deeper signs of depression.

As time passed, the negative feelings within my two-year friend group grew. I didn’t think much of it until one day when I received an email from one of our friends saying that Adam (protected for privacy) had committed suicide. Then it hit me, and I spent many years later wondering and questioning if the transition from a super involved two-year student leader to a struggling-to-engage four-year student played a role.

Through my questioning over the years, I’ve built up a hypothesis of four reasons as to why super engaged two-year leaders struggle to engage at their four-year:

Everyone else on campus is already two years into their social circles, which makes it tricky for someone else to try and come in and fill a void in a friend group…because there are no voids. It’s like showing up to a dance after it’s been going on for several hours and everyone is already grouped up, which leaves you awkwardly waiting on the side.

2) Prior Leaders Experience From A Two-Year Not Valued Equally

I remember when I first walked into the student government office at my four-year and asked how I could run for president and the first question they asked was, “Who are you?” I went on to explain all the leadership positions I held at my two-year. To them, if the experience didn’t happen at the four-year, it didn’t happen. No one said it directly, but it was implied throughout. If a tree falls at a two-year institution, does a four-year institution hear it?

3) Having To Start From The Bottom

Without any proof, that they were willing to accept, to prove my prior leadership positions, I was forced to start at the bottom of the student government as a senator and work my way up. It was frustrating and demoralizing to downgrade my skills to levels lower than I was my prior two years.

4) Not Enough Time & Playing Catch Up

To be the president of student government at a four-year, usually takes four years of working your way up the ranks. Some superstars pull off a victory in three years. But with only two years, raising to the top from the bottom is very difficult. Couple that with the learning curve needed to acclimate oneself to a new city, schedule and way of living, it’s easy see why it’s a struggle each step of the way for transfer students.

In taking with other student activities people over the past nine years, I believe I’m not alone in what my group experienced. It’s sad to see such highly motivated students get emotionally downgraded at their selected four-year institutions. Have any of you experienced this first hand yourself, or with your students? What is your institution doing to help support these leaders?