Remembering The Value of Near-Peering in Education 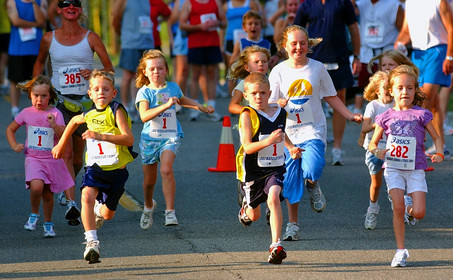 Last weekend, I watched a group of four junior high kids race each other after school in a park near my home in NYC. Each student placed their backpacks down before they found their place on the starting line. As one of them yelled go, the four kids ran as fast as they could. Within a few strides it was clear that one of the students wasn’t nearly as fast as the others. Halfway across the park, the slower kid quit the race, while the other three ran neck and neck. Once the three faster kids touched the other side, they came back towards the finish line. As they came closer to the slower kid, he tried to jump back in the race, but quickly once again realized he just wasn’t as fast as the others, so he bowed out and sat down waiting for the race to be over.

It was clear the slower kid wanted to race, I could see it in his face. As soon as the race started, and then when he re-joined the race later, his face lit up. He was so excited to be a part of it and race with his friends, but it was clear his friends were just too fast for him and his excitement turned to sadness. Had the slower kid been racing with three friends who were closer to him in speed, I bet he would’ve ran the whole race.

In education, the concept of near-peering is matching up mentees with mentors who are just a few steps ahead and thus can relate and challenge their mentees. It’s not only great learning for the mentees, it’s also great learning for the mentors. As the saying goes, to teach is to learn. But if a match is made where the near-peer is too far ahead, or behind, the relationships can be demotivating like it was for the kid in the park.

What types of near-peering systems are in place in your school to ensure motivation without going too far?