The Importance of Doing Your Homework 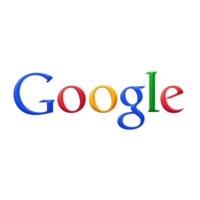 Almost three months ago, I started at a new institution that’s student population is 10% that of my graduate school. For both undergrad and grad school I was at large, D1 institutions. My current institution is D3, and in my short time, I’ve come to greatly appreciate the way a D3 institution operates. When we were approached by a national speaker about stopping by campus while he was already in the area, our institution capitalized on the opportunity. Little did we know to what we’d just committed.

Gathering our entire football team—approximately 180 students—and student leaders, including RAs and peer mentors, into the gym, our guest speaker began at 9pm two days before move-in. We were coming off of almost two full weeks of RA training, and as many of you know, your nerves can be a bit shot by that point. The speaker started and was quite engaging. His message surrounded the portrayal of people in the media after one poor decision. He used current examples—the teenager who accidently sexted her dad, the Michigan football player who punch someone at a bar and ended up breaking his jaw and knocking him unconscious—of young adults who, knowingly or not, had essential left black marks on their reputations forever. The presenter continually repeated something to this effect: “One decision could change the next 80 years of your life. Don’t make those decisions.”

Was it the best “be careful on the internet” session I’ve sat it? No, but the use of the week’s headlining stories was impressive. I don’t have statistics on the matter, but I think it’s far more attention-grabbing for students to hear about things that are actually happening in the moment, not some story from four or five years ago. This was all well and good, and we were relatively impressed with the presentation until the last five minutes. At that time, the presenter put a headline up about an Indianapolis radio personality (him) being arrested for sexual assault. My first thought was, “Wow, that’s a good way to frame this. A ‘I didn’t do that, but you judged me after you read it, right?’ kind of message.” Instead, he went on tell our students that he was, in fact, convicted of sexual assault and was a registered sex offender.

You could’ve heard a pin drop in that gymnasium. In the last five minutes of a presentation about poor decision-making and how not to conduct themselves, he tells them that he’s made these decisions. You want to talk about a quick way to trigger an entire room of students…this is it. And what message did it send? He stood in front of this group of students—predominantly athletes—and told them for 55 minutes how a bad decision could ruin their lives, only to reveal that he’d made one of those decisions and was profiting off of it. Do I think his life is rainbows and butterflies now? No, but our students were in shock, and we had to do some quick damage control.

I retroactively researched the speaker, and we truly did not do our due diligence in researching him, as the 3rd link in google was to a story about his arrest. As I looked at the information about him, he’s spoken at numerous large, popular institutions and is a consultant for the NFL. I don’t know what those presentations looked like, but if they were anything like the one given at our institution, I don’t know how it wasn’t a risk management nightmare.

I don’t want this blog to sound as though I think hearing from those who have committed crimes is a bad thing. Outside of higher education I work with those who are or were formerly incarcerated—there’s a lot more to a person than the crimes he or she has committed. Where I think this situation was a particular nightmare is that, with a topic that’s particularly triggering for students, a person came in, preaching about not doing, only to come off in a way that says, “But I did it and am doing okay now.” If I’ve taken nothing else away from this situation, it’s that as professionals, we have to do our homework too. We need to know who’s talking to our students, what they’re interpreting, and what the bigger picture could be after an event. In our case, we were able to bounce back from this, and I think we’ve learned that next time, hitting Google before accepting an offer is probably our best bet.